Our institute researchers are not just exoplanets. In addition to planets and the stars they orbit, our scientists are also looking at “dead” stars.sometimes called compact object Also star debristhese are the objects left at the end of a star’s life after the star has used up all of its fuel.

The most common types of star debris are white dwarf, the ultimate fate of over 97% of the stars in our galaxy. The outer layers are blown away to reveal a beautiful planetary nebula, revealing a dense core of a white dwarf star. Imagine an object with a mass similar to the Sun. A teaspoon of white dwarf material weighs as much as three African elephants. This is the ultimate fate of our own star, the Sun.

An artist rendering of an exoplanet orbiting the pulsar PSR B1257+12. (Credit: NASA/JPL-Caltech)

N.Eutron star A more extreme star remnant. They form when very large stars run out of fuel. The process begins in the same way as in a white dwarf star, but in this case it has too much mass and the contracting core is squeezed past the white dwarf stage. The core is pushed into a ball of pure neutrons. They can have masses several times that of the Sun, yet are about the size of a city. Neutron star matter weighs as much as a mountain!

For the most massive stars, collapse crushes even the super-dense neutron ball. These giant stars Black Hole when they ran out of fuel. Black holes are extreme objects, packing so much matter into so little space that not even light can escape if you get too close.

What do these compact bodies have to do with exoplanets? Star remnants were once stars, so they may have had planetary systems. They may have retained the planet after death. In fact, the first exoplanet ever discovered was not around a regular star, but around a neutron star.

There is a special category of neutron stars called pulsarThe name comes from the fact that pulsars rotate with incredible regularity, pulsing radio waves, making them one of the most stable clocks in the universe. This regular pulse pattern can fluctuate slightly if other objects orbit the pulsar. It was precisely this kind of pulsar wobble that revealed the first confirmed exoplanet around a pulsar in 1992. PSR1257+12The discovery was made by Canadian astronomer Dale Frail (DRAO) and Polish astronomer Aleksander Wolszczan. 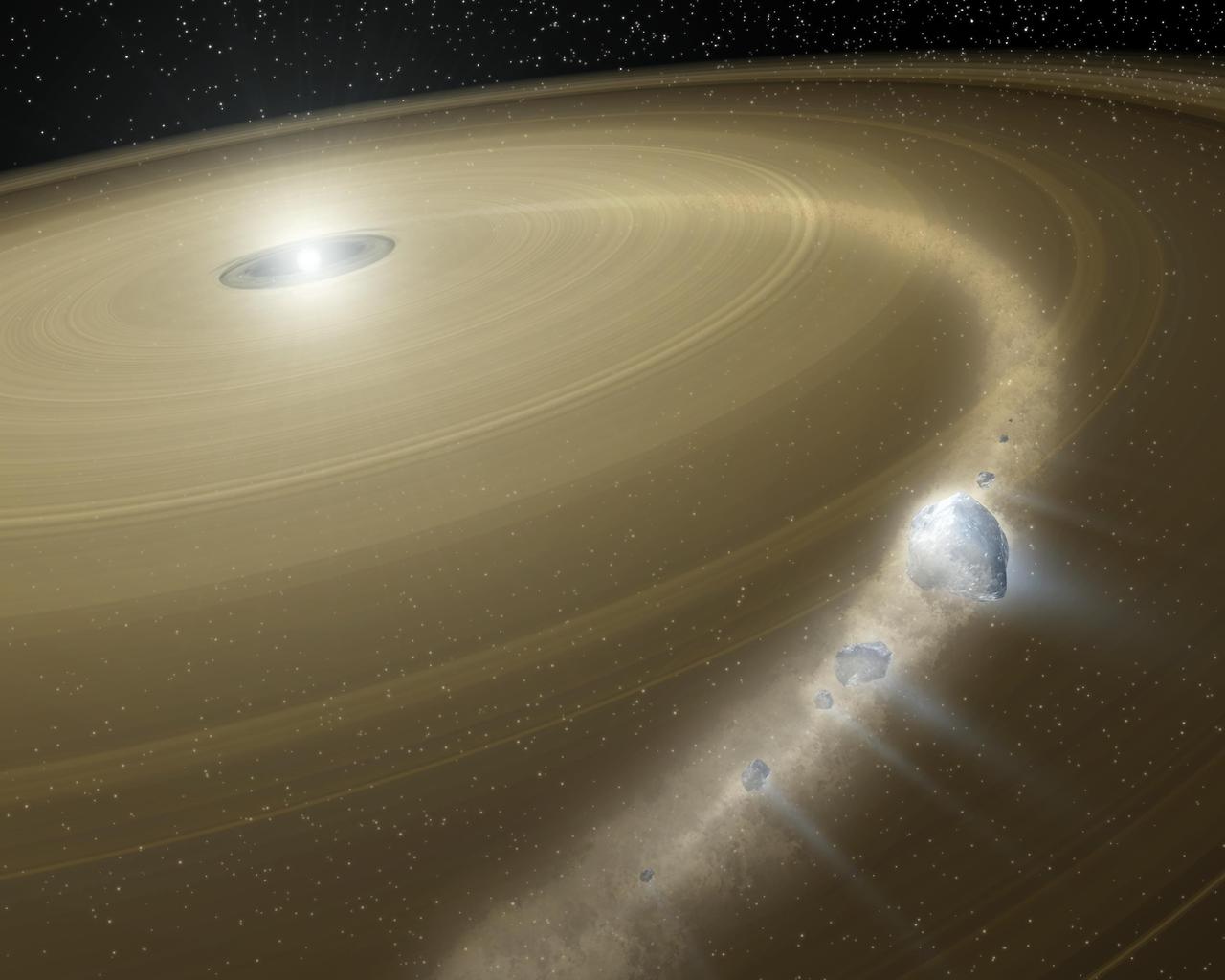 An artist’s rendering of a wrecked comet around the white dwarf G29-38. (Credit: NASA/JPL-Caltech/GSFC)

White dwarfs offer a very different way of studying exoplanets. One of the key ways white dwarfs differ from normal stars is their high surface gravity. Gravity on the surface of a white dwarf makes humans weigh millions of kilograms! This causes the heavier elements to sink rapidly, leaving a very clean and pure surface, mostly hydrogen and helium. As astronomers studied more and more white dwarfs, they found that some were “polluted” with heavier elements. is if they have been deposited there recently or continuously.

How could a white dwarf get a polluted atmosphere? As normal stars reach the end of their lives and eventually become white dwarfs, gravitational instabilities can occur in star systems. Objects such as planets, asteroids, and comets that may have been in stable orbits before the star died can now become unstable. , which can form a disk of material that sticks to its surface. This is different from measuring the composition of an exoplanet’s atmosphere, because polluted white dwarfs reveal not only atmospheric gases, but also the planet’s crust and nuclear material.

We don’t yet know that there are planets around black holes, but that doesn’t mean it’s impossible. Researchers are now looking for signs of planets in systems called X-ray binaries. In this system, a black hole absorbs energy from its stellar companion and emits her powerful X-rays.

Many of our iREx researchers are experts in these star remnants. Their expertise with these strange objects helps them study exoplanets in a unique way. Read their profile for more information.

Hemsworth Was In A Panic Over “Furiosa”

Dmitry Rogozin may be in some trouble in Russia

Medieval man buried in Poland had two kinds of dwarfism