iQOO 11 will be launched in Malaysia on December 2nd as the country’s first Snapdragon 8 Gen 2 smartphone. Today, iQOO announced that it will also be launched in China on the same day.

A promotional page set up on vivo’s official Chinese website revealed that the iQOO 11 series launch event will begin in China at 2:30 pm local time, with the company using the word “series”. So it’s safe to say that iQOO will announce multiple smartphones next Friday (probably the vanilla and pro models).

The page also contains a photo of the alleged iQOO 11 5G that corroborates the recent design leak. We can see his three cameras on Camera Island and the presence of the vivo V2 chip that debuted in the vivo X90 series a few days ago.

The iQOO 11 rear panel features red, black and blue stripes inspired by the BMW M Motorsport design. A closer look reveals that the iQOO 11 has a synthetic leather cover. This should help with grip. The frame on the right side of the smartphone has a volume rocker and power button, indicating that the antenna lines on the top and bottom frames are made of metal. 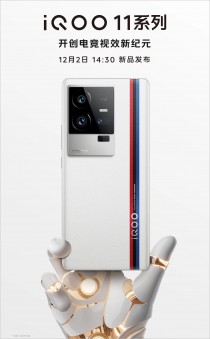 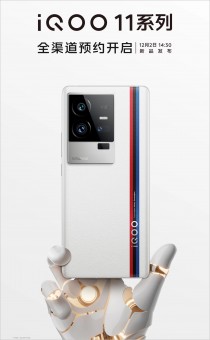 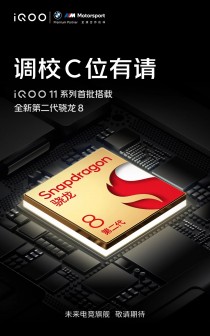 iQOO China said the iQOO 11 series will “create a new era of esports visual effects”, but did not elaborate on it. Hopefully we’ll know exactly what that means as we head into the December 2nd announcement.

Rumor Killer On WWE Money in the Bank Plans