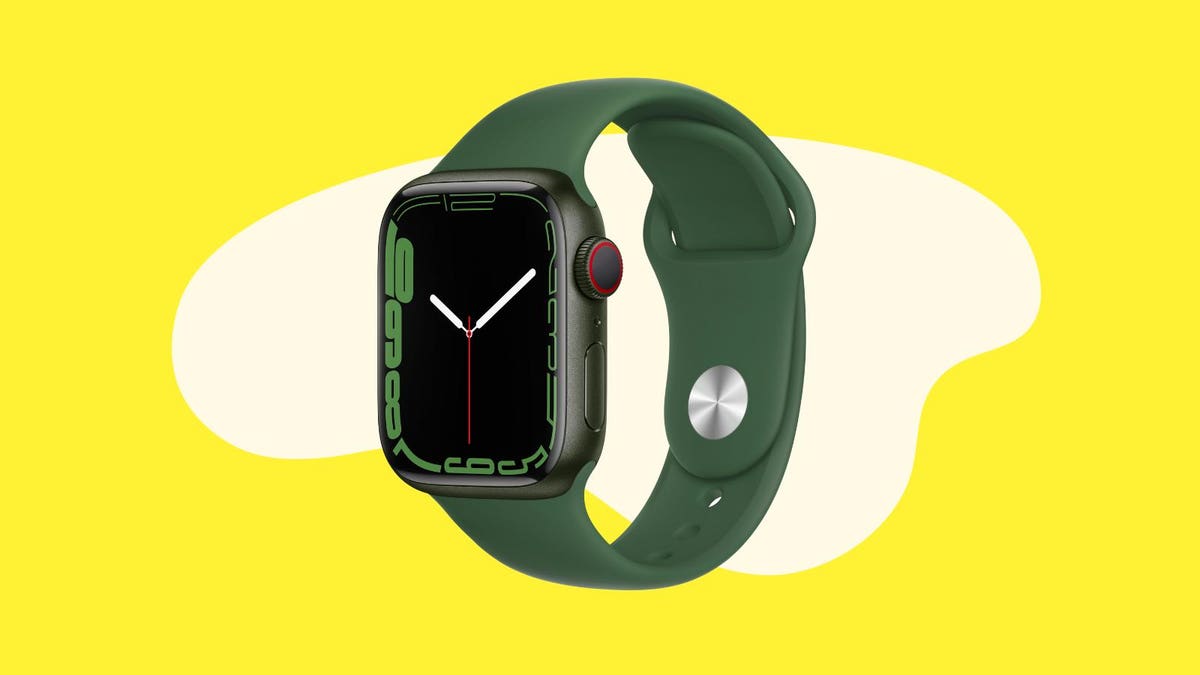 Apple Watch Series 7 is a full-featured smartwatch that serves as a powerful communication, productivity, health and fitness tool for iPhone users. Available in a 41mm or 45mm casing and a variety of finishes, the Series 7 doubles as a sleep monitor. Plus, it gives you easy access to Siri and doubles as your smartphone’s secondary screen. Purchasing the GPS + Cellular version of the watch will allow it to operate more autonomously from your iPhone, allowing you to make calls, send and receive text messages, and stream audio content without your paired iPhone nearby.

Here are some of the best Apple Watch Series 7 Black Friday deals we’ve found so far. Keep in mind that some of these deals target specific colors or configurations of popular smartwatches.

The GPS + Cellular version of Apple Watch Series 7 is perfect for streaming music and podcasts, using Apple Pay, making and receiving calls, and managing text messages when your phone isn’t nearby. Best Buy has dropped the Series 7 (41mm, GPS + Cellular) by $160. We also have several other watch configurations heavily discounted during our Black Friday sale event.

The 45mm size of the Apple Watch 7 Series is also available at Best Buy. It also comes with a green aluminum case and a clover-colored sport band. One of the great things about the Apple Watch Series 7, though, is that it’s very customizable, no matter which color you get. A number of interchangeable bands are available in a variety of colors and styles. Plus, you can easily customize your watch face, pre-installed app settings, and select and install optional apps for easy access from the App Store.

Save a whopping $120 on the Apple Watch Series 7 (45mm, GPS-only edition) during Target’s ongoing Black Friday sale. Four popular colors are still in stock at this price, but the 41mm, GPS-only version of the Series 7 is already sold out. Moral of the story? Act fast before this deal disappears too.

Nike version of Apple Watch Series 7 is also on sale

$100 off Apple Watch Nike Series 7 (GPS + Cellular) with 45mm Case and Nike Sport Band. This version of the watch comes pre-installed with the Nike Run Club app. Track your workouts, join guided runs, and get motivated by listening to music from your watch (when paired with Bluetooth earbuds or headphones). Like all versions of the Series 7, this one has plenty of health and fitness-related features like measuring blood oxygen levels and taking an ECG.It also runs the latest version of the WatchOS 8 operating system. .

In addition to saving on various Apple Watch Series 7 configurations, there are great deals to be had on other versions of the Apple Watch. Check out some of these sales going on right now. However, it is for a limited time.

The Apple Watch Series 8 is this year’s edition of the popular smartwatch. A 41mm GPS-only version of the watch is currently available on Amazon for a $50 discount, bringing the price down to $349.

$50 off the latest version of the Apple Watch Series 8 (41mm, GPS + Cellular) Edition. It includes the latest Apple Watch features such as vehicle collision detection, fall detection, and emergency SOS. It also supports a variety of communication, productivity, health and fitness features, including Apple Pay.

Head over to us for even more savings opportunities Cyber ​​Week Coupon Page To check out the best deals on your favorite brands.